UNIVERSITY PARK, Pa. — The mechanism behind one of the first stages of coal creation may not be what has long been thought, according to a team of researchers who found that microbes were responsible for coal formation and production of methane. The finding has implications for methane fuel recovery from some coal fields.

The researchers looked at methoxyl groups in coal samples from around the world and used stable isotopes to show that organic material eventually becomes coal through microbial action.

A methoxyl group consists of a carbon atom with three hydrogen atoms attached to an oxygen atom. The oxygen atom can attach to any number of places in a larger molecule. In the case of coal, it attaches to a carbon atom in one of coal's ring arrangements.

"If you polled geochemists, most would say that coal was created by temperature, acids or catalysts," said Max K. Lloyd, assistant research professor of geosciences, Penn State. "But our results are inconsistent with those mechanisms. They show that microbes are directly consuming coal methoxyl groups, transforming coal and making methane."

Coal forms when plant matter in wetland forests falls into the water and is quickly buried. The organic material begins as peat, becomes lignite, then subbituminous, bituminous and finally anthracite as it is buried deeper and becomes more concentrated in carbon. Anthracite coal is mostly carbon, while lignite is still very vegetal.

According to Lloyd, most coals used today in places like India and China are lignite or subbituminous, because these are the only types easily and cheaply available, but these coals produce the largest amounts of greenhouse gases when burned. As a solution to this problem, methane wells in these coal beds — coal bed methane (CBM) — is attractive as a bridge away from fossil fuels, but "CBM production wells often have limited life spans," the researchers note today (Nov. 12) in Science.

"The challenge to coal bed methane production is that creating wells is very expensive and the well may run dry in a month," said Lloyd. "We don't know why. Producers add more microbes or more nutrition (for the microbes), but that only works if those are the limiting factors, not if the coal itself is the limiting factor."

Lloyd was originally looking at the abundance of methoxyl groups in living or recently dead trees, when he talked to a fellow Caltech graduate student, Elizabeth Trembath-Reichert, now an assistant professor in the School of Earth and Space Exploration at the University of Arizona, who was working on microbes that consume methyl groups in coal. After they confirmed, using two methods, that the observations were real, Lloyd started looking for the same thing in coal from around the world. 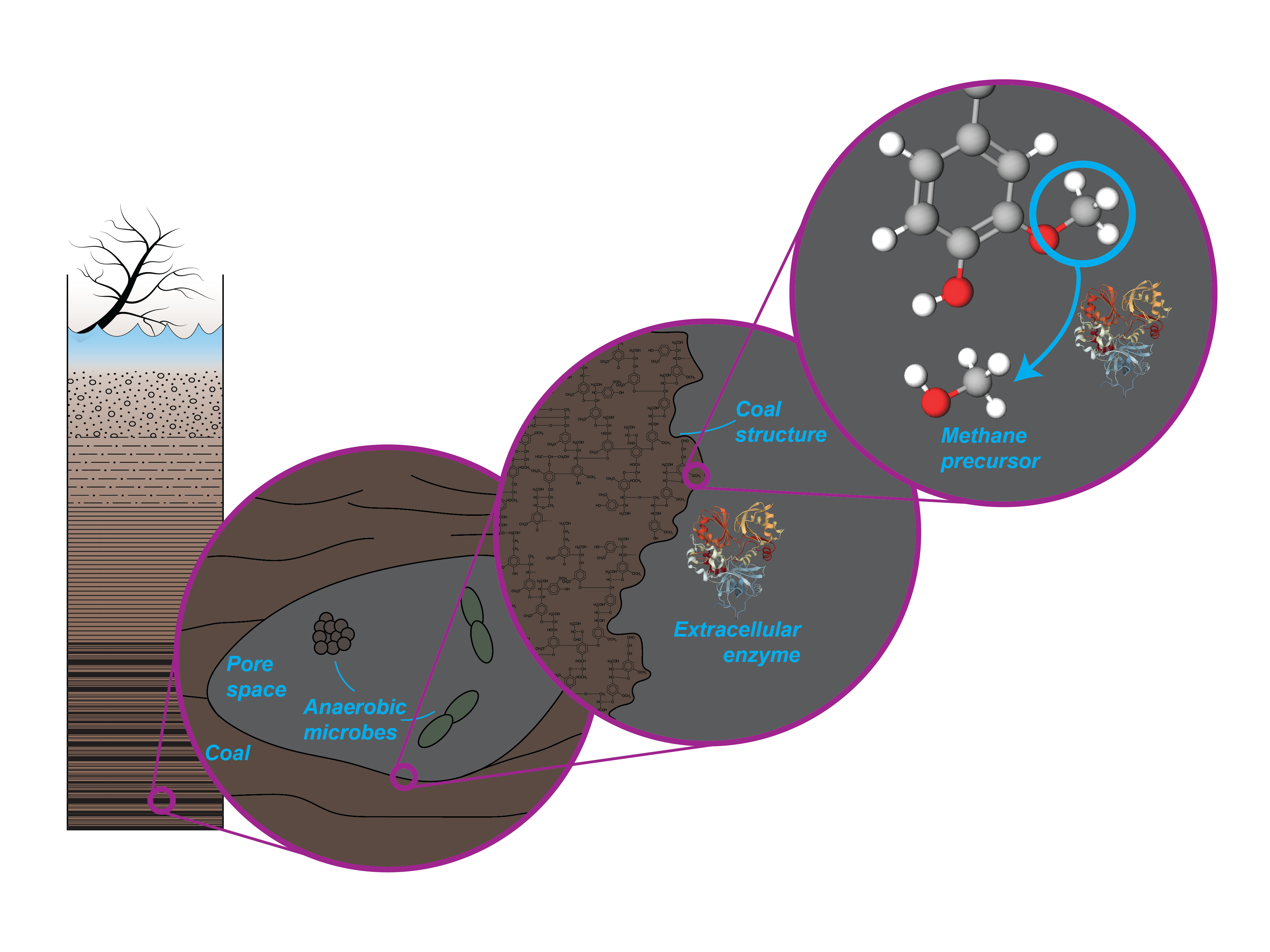 Stable isotopes are the non-radioactive forms of an element that contain a varying number of neutrons in their nucleus. The isotopes of carbon that contain 12 and 13 neutrons are nearly identical, except that carbon 13, while less abundant in nature, is slightly heavier. Biological organisms will generally prefer one isotope to the other, so that what is left behind in the original source will differ from the percentages of the isotopes normally found.

When Lloyd and his colleagues looked at methoxyl groups in everything from wood to bituminous coal, they found that the profile of isotopes did not match what would be found if the creation of methane had occurred due to heat, acidity or catalytic reactions, but they did match the patterns expected from microbial action.

"It turns out that aerobic microbes are great at degrading the rings in coal, but anaerobic microbes have no good way to take apart the rings," said Lloyd. "So, one of the only things left for the anaerobes to do is cut off the methoxyl portions."

These freed methoxyl groups are then converted to methane. But, once all the available methoxyl radicals are sheared from the rings, the microbes cannot get to anything else and the reaction stops and the well runs dry.

"The really interesting thing is that these microbes are releasing enzymes to cut off the methoxyl," said Lloyd. "They are degrading the structure extracellularly, which is limiting because coal is not a solution and the microbe can't easily get everywhere in the coal structure." 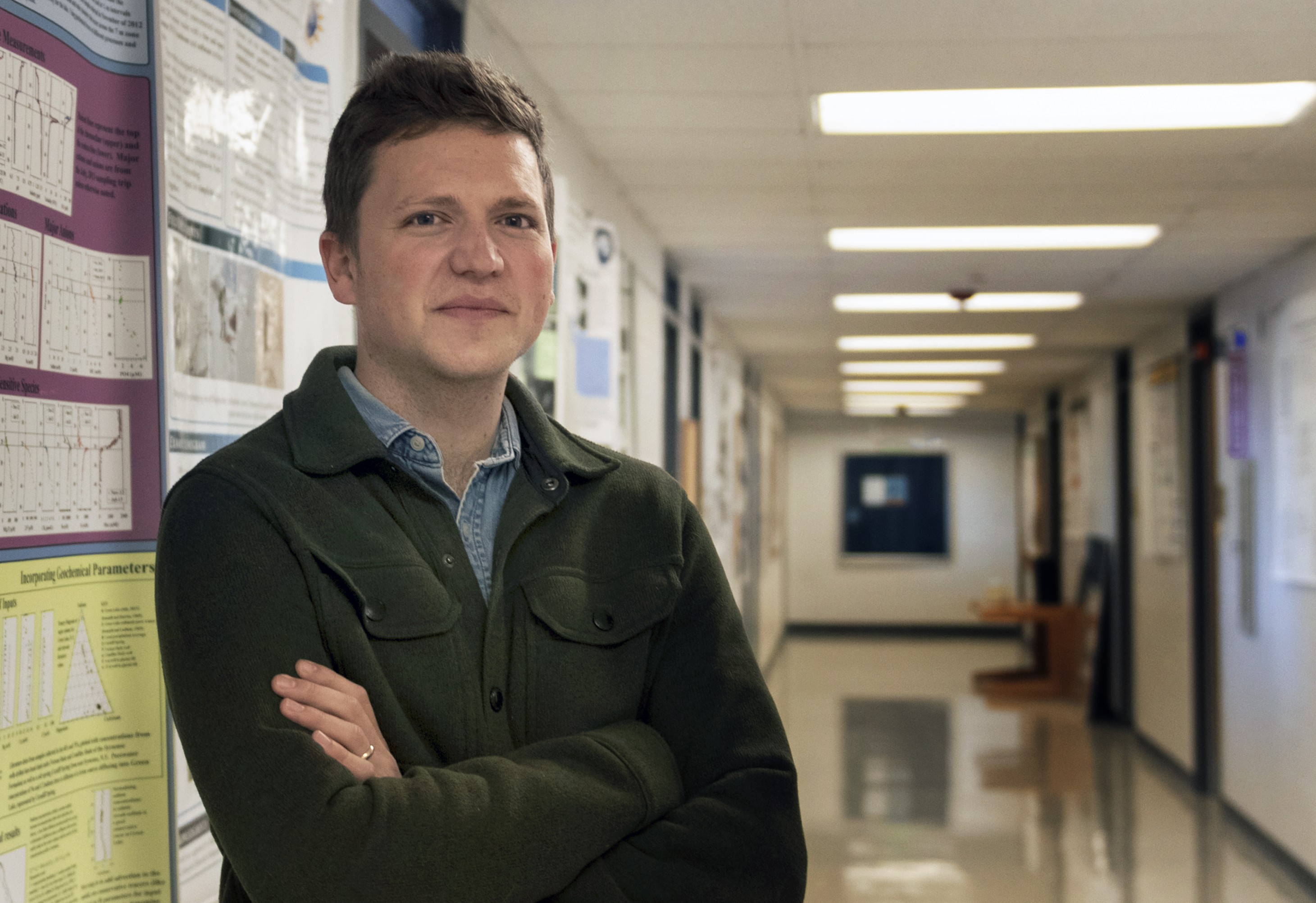 According to the researchers, the depletion of methoxyl groups in coal over time points to the coal itself being the limiting factor in methane production. So, adding more microbes or nutrients will not produce more methane and another approach would be necessary. 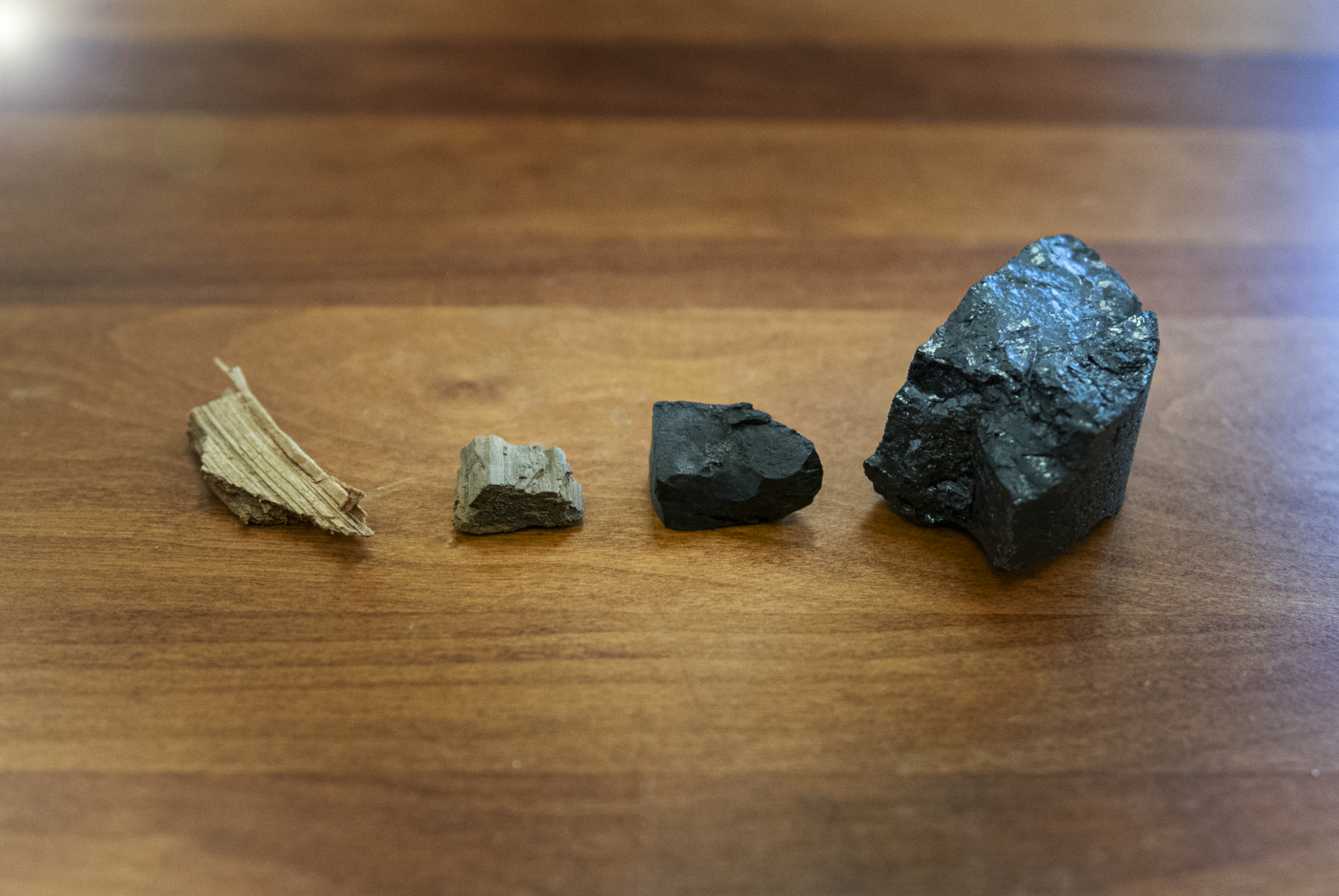 Max Lloyd, assistant research professor of geosciences at Penn State, tested samples from around the world. From the left are wood, lignite, subbituminous and bituminous coal.

Updates should be visible in the "Full Preview" tab within 90 seconds. View your content immediately in the "Instant Preview" tab.